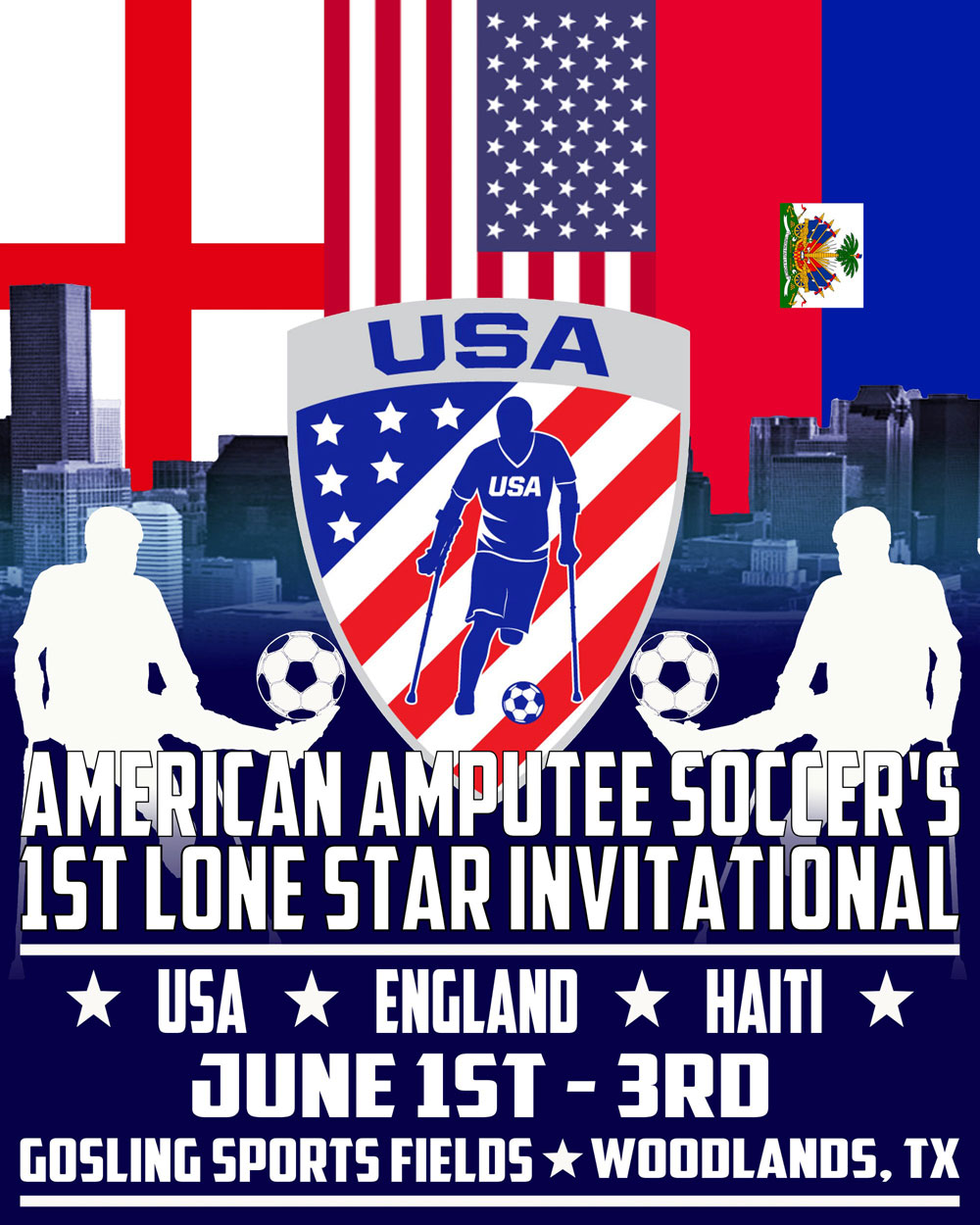 The following posted at Haiti Libre.

Last Friday, Gérald Oriol Jr., Secretary of State for the Integration of People with Disabilities and Mario Florvil, Director General of the Ministry of Youth and Sports welcomed at the International Airport Toussaint Louverture the players of the Haitian amputee football selection. This selection, supervised by the Haitian Football Association Amputee, won the American Football Cup of Amputee, organized this year in the United States.

Amputee Soccer teams from Haiti and the USA compete for the America’s Cup of Amputee Soccer in this USL Network video that highlights the action from the July 29, 2017 match.

July 19-23 – Training camp at Aledo High School Aledo, Texas.
At the end of our first training session on July 19, Dr. Fred Sorrells interacted with a young man who plays on the Aledo HS soccer team who happened to be an arm amputee. He played the goalkeeper position on July 23 when our Haiti team played an exhibition game against the reigning Texas high football (American) Aledo Bearcats.. He did a fine job. We had a incredible reception by the local community.

July 22 – Meet and Greet for the National Team hosted by prosthetist Tim Goldberg and his wife Sharon. Tim has fitted twelve national players in the past and will doing several more of this group. The Aledo community participated in an amputee soccer demonstration and an art show showcasing the artwork of former Haitian national amputee soccer player and current vice-president of the Haiti Amputee Soccer Association, Francillon Chery.

July 25-26 – Outreach in Tucson, AZ. Team will be hosted by Air Force pilot Christy Wise, the first pilot to return to flying following an amputation. She has a nonprofit that provides prostheses for children in Third World countries including Haiti. The Haiti team will play an exhibition game against Christy’s squadron team July 26. 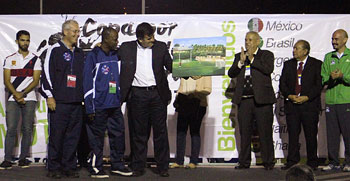