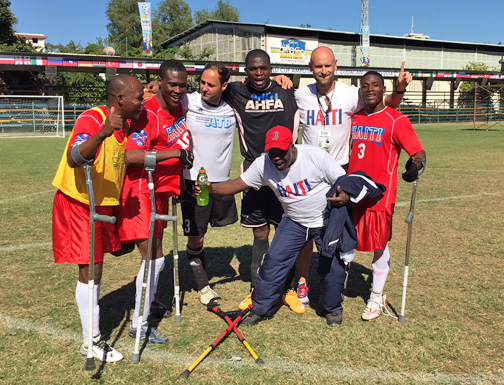 Training for the 2014 World Cup of Amputee Soccer in Mexico 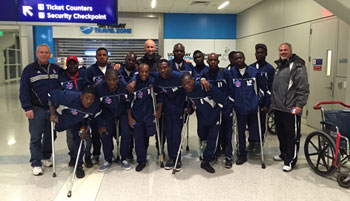 Here the team is pictured at DFW International Airport.